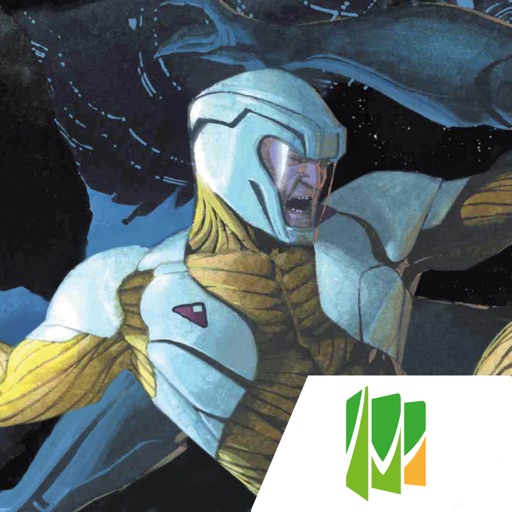 It's the comic book event a decade in the making! The all-new Valiant Universe kicks off with a landmark, oversized # 1 issue of X-O Manowar by New York Times best-selling author Robert Venditti (The Surrogates, The Homeland Directive) and Eisner Award-winning artist Cary Nord (Conan)! Born into battle, Aric of Dacia -- heir to the throne of the Visigoth people -- has never known peace. After a brutal encounter with a mysterious enemy known as The Vine leaves him a prisoner on an alien world, the only hope Aric has of returning to his family and saving them from slavery is to seize a weapon of incalculable destruction and become X-O Manowar! The Vine destroyed Aric's world. Now he will give them war.

Now you can find this Valiant Comic and many others on "Visionbooks - Comics Like Never Before", our comic books market.

Visionbooks technology delivers the perfect balance between traditional comics and computer animation. The comic enthusiast will be able to enjoy comics in the same was as he/she did on printed paper, but in a richer, more immersive and captivating reading experience.

Our specially crafted reader, is made to be as unobtrusive as possible so comics can really shine full screen in all of their glory, lets the reader:

* Swipe back and forth between the pages of the comic.

* Double tap to access a thumbnail index of pages for easy access to pages anywhere in the comic.

* Zoomable balloons for ease of reading.

* Balloons are also multilingual too, so the reader can choose to read the comic in any of the available languages.