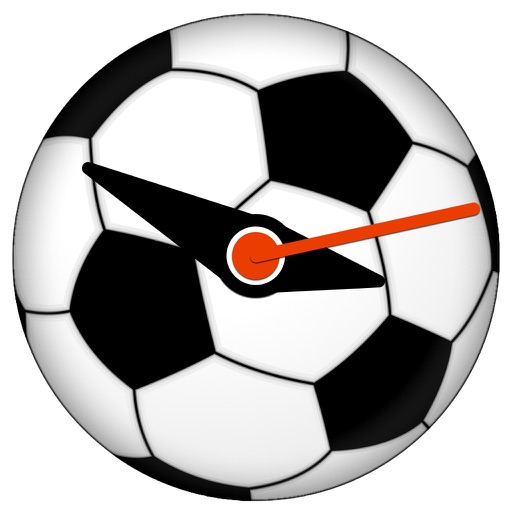 Keep track of your players' time on the field with Coach's Clock.

Designed with input from a youth soccer coach who manages multiple teams each season, Coach's Clock is a very simple application that runs on your iPhone, iPad or iPod touch. It keeps track of all of the players on your team, where they are supposed to be on the field, and how long they've been playing since they were last substituted into the game.

What Coach's Clock does:

* It tracks how much time has elapsed in the current play period.
* It tracks the position of every player on your team.
* It keeps track of how long each player has been on the field.
* It helps you plan player substitutions.
* It has field backgrounds for basketball, field hockey, football, hockey and soccer but it could also be used for any similar sport.
* It supports an unlimited number of teams.
* It has detailed usage instructions right inside the app.
* It's a "universal app" so one purchase is good for all your iDevices!

What it doesn't do:

* Coach's Clock doesn't force you to keep the app running throughout your game. You are free to close it, open other apps, take phone calls, or whatever you like. You only need to run it when you want to refer to it or when you need to make a change. The clocks keep time even when the app isn't running.
* Coach's Clock is not a replacement for your whiteboard or playbook. (There are plenty of other fine apps which can do that for you.)

Coach's Clock may seem like a pretty simple app, and it is! But that's the beauty of it. It doesn't try to do everything for you; instead it tries to do a few essential things very well. It doesn't try to change the way you coach your team; it just makes your job a little easier.
[説明文を全て見る]