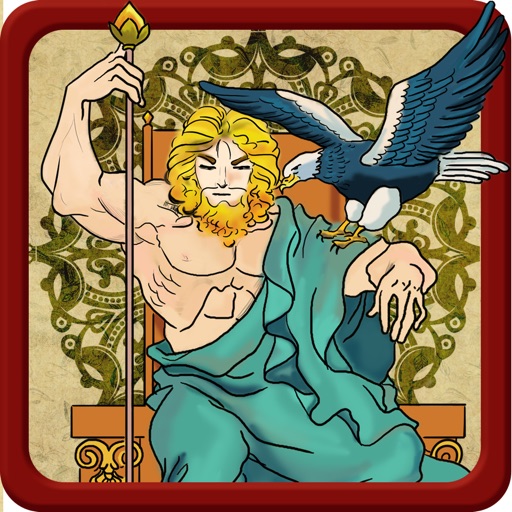 Ancient Greek, as one of the four ancient civilizations, has exerted an extensive influence on European culture, is the foundation of Western civilization as whole. Ancient Greek mythology was originally a large collection of narratives, created between 1200 and 800 BC. It has been disseminated by ancient Greeks orally from one generation to another for hundreds of years, and remained in literatures of art, history and philosophy till now.
Stories of Gods and Goddesses are important components of Greek mythology; it attempts to explain the origins of the world and human being, details the lives and pedigrees of a wide variety of gods and goddesses. Zeus is the King of the gods and ruler of Mount Olympus. He oversaw the universe and assigns the various gods and goddesses their roles in controlling nature and lives.
Zeus had an extremely complicated family tree: After the birth of Chaos, which represented the original separation of heaven and earth, arose Gaia, the everlasting foundation of the gods of Olympus. She bought forth Uranus and made him the first King of gods. Later she married Uranus and brought forth the first generation of Titans, among them Cronus is the youngest son. With the help of Gaia, Cronus overthrew his father Uranus and became the second King of gods. Cronus married his sister Rhea, and sired 12 siblings including Zeus. Because of Gaia’s curse, Cronus repeated his father’s tragedy and was overthrown by his own son Zeus. At last, Zeus became the new King of gods.
The relations of gods, goddesses, heroes and heroines in Greek mythology are complex; it reached the extreme in the era of Zeus. Zeus married his elder sister Hera, and honored her as queen of the gods. But he had many consorts, sisters, daughters, goddesses and common people, ranged heaven and earth and the depths of the sea for his many women.
This application lists 24 ancient Greek gods and goddesses, primarily focuses on the relations between Zeus and other gods and goddesses. Based on ancient Greek mythology, the life adventure, appearance and character for each god and goddess are introduced.
After entering the initial page, a character pedigree gives you an overall idea about the relations between various gods and goddesses. You can click individual character to gain further knowledge about their appearances, lives and legends. This application provides an informative and vivid means to learn ancient Greek mythology.