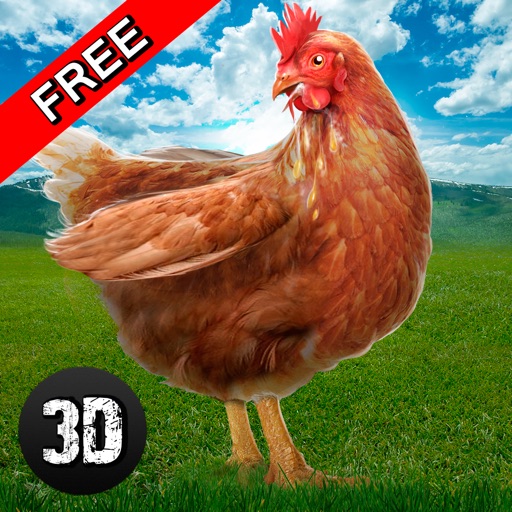 They wanted you to become a Christmas Chicken – but you’ve run away from poultry and start exploring the big city! Feel like a crazed chicken (hen or cock) becoming a real city bird with Crazy Chicken Simulator 3D: Farm Escape!
Try to survive in this cruel concrete jungles - search for food, avoid city predators (cats and dogs), fight against pigeons as your rivals, hunt for caterpillars, raise up nestlings and rule the city streets! Or – you can revenge these humans for your dark fate! Chase and attack citizens, run from cops and have like a real crazy chicken you are! Unleash your rage, madness, and fury on the city streets!
Live the life of ordinary chicken trying to become the real city bird! Make mess attacking humans and their steel beasts also known as ‘cars’, earn points to improve your skills or buy power-ups! Maintain health, hunger and energy rate to set up a flock of chickens! Make the nest, lay eggs enlarge your flock and protect it from predators and pigeons!
Set up your own flock and have fun with Crazy Chicken Simulator 3D: Farm Escape!
Crazy Chicken Simulator 3D: Farm Escape features:
Ultimate crazed bird survival simulator
Aggressive city beasts as your opponents
Make a nest and lay eggs to set up your own flock
Try to survive with this unusual animal simulator!
Check Crazy Chicken Simulator 3D: Farm Escape - fight for your life against cats, contest against other city animals and have fun try being a city bird!
[説明文を全て見る]